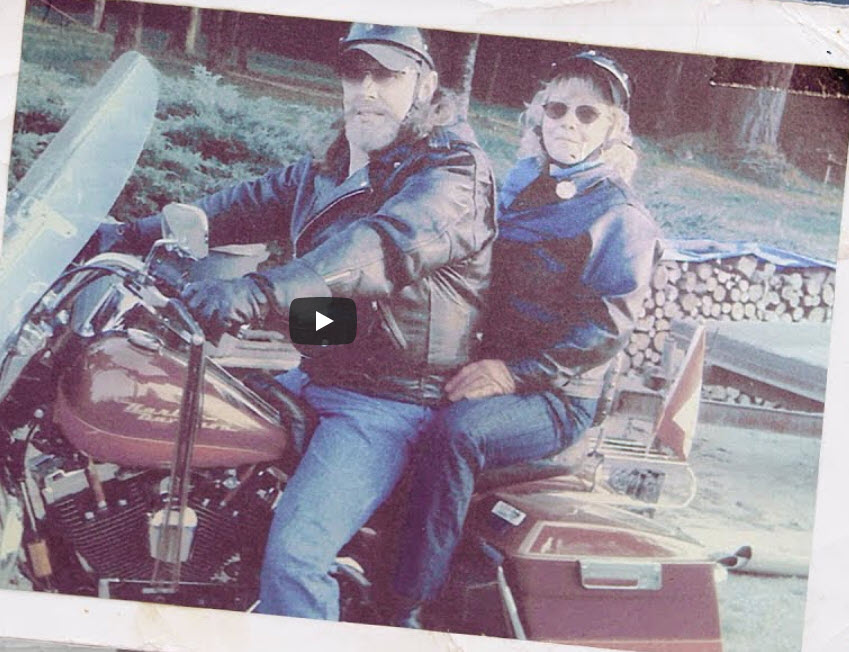 If you loved riding while you were alive, why would you let a little thing like death stop you from continuing your journey? Meet Biker Bob, a rider from British Columbia, Canada. He seems like he was a great guy when he was still on this earth—at least, to hear his partner Maudine tell it. She’s an important part of this story, but so are all the friends Bob has made since he died.

Meet Biker Bob Who Still Rides On After His Death

In this short documentary film put together by the CBC, you get to know Bob—aka Hugh Robert Nisbet—and see that he’s still having adventures, even now. You see, after he died, Maudine knew he wouldn’t like being stuck in one place all the time. So instead, she cremated his remains, put them in a brown glass bottle, and stuck a small note inside.

The note simply said, “Biker Bob. If you find me, turn me loose.” All the people who found Bob along Vancouver Island did much the same thing: They took Bob out for a beer, then tossed his bottle back into the sea to send him on his way. The documentary charted all these lives that Bob had touched, as they all found Maudine and she declared them all family, and invited them to her house to toast Bob on his continuing journey.

At the gathering, a rider named Andrew showed up and told his story. He took Bob on a road trip on his Harley—especially significant because Biker Bob had also been a proud Harley rider—all the way across Canada. He wanted to take him to Newfoundland and toss him into the Atlantic Ocean, but unfortunately, bad weather prevented him from making it that far.

Maudine then shared that Bob had traveled across Canada three times while he was alive. Andrew responded, “Well, he just went again.” Everyone laughed. “It was really fun; Bob was sitting on the handlebars the whole time,” Andrew said.

Instead of letting him go, since he couldn’t launch him into the Atlantic Ocean, Andrew took him on a few more trips— and then brought him home to Maudine. Together, Andrew and Bob did around 13,000km—or around 8,078 miles. As Maudine said, “it really doesn’t just end when you die. You can continue to impact others.” I’m not crying; you’re crying.