A motorcyclist at the Dakar 2020 Rally (AFP Photo/FRANCK FIFE)

The 48-year-old was racing his third Dakar in a sub-section of motorbike racers, unassisted by a back-up team, but is now stricken with a fractured spine.

A statement from Straver’s family said that he “had no heartbeat for 10 minutes” before being resuscitated by medical professionals.

The 42nd edition of the Dakar staged in Saudi Arabia was marred by the death of Portuguese rider Paulo Goncalves, the 20th biker and 25 competitor to die during the rally. 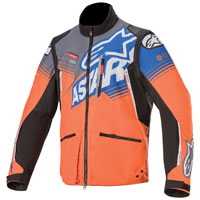 The decision to stage the race in Saudi Arabia this year and for at least the next four years sparked an angry reaction from critics of the kingdom’s human rights record.