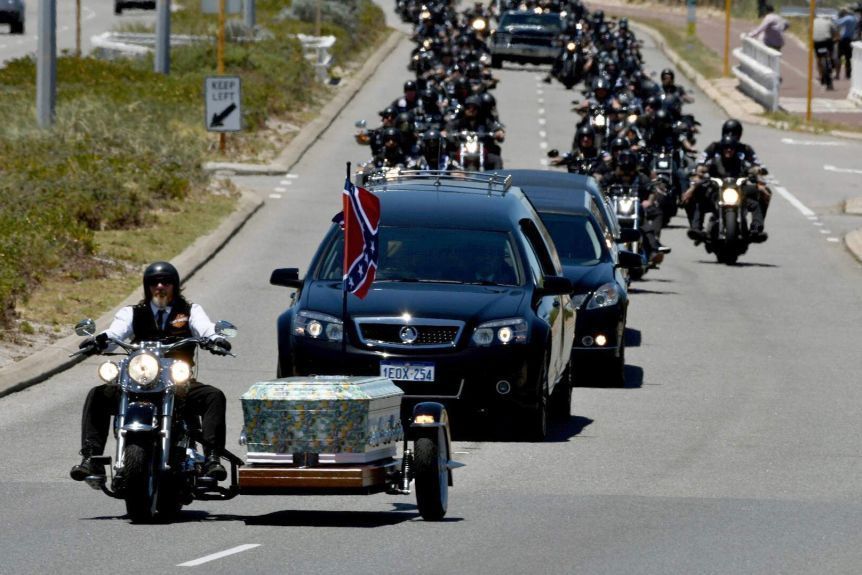 Tranquil scenes at Pinnaroo Valley ahead of Mr Martin’s funeral

There are tranquil scenes at the picturesque Pinnaroo Valley Memorial Park, where the funeral of Nick Martin is due to start about 12.15pm.

Parking spots have been allocated for the service indicated by signage for ‘Nickolas’ for bikes and cars.

Kangaroos are lazing under trees nearby.

Dozens of eskies, presumably with refreshments, have been carried into the area which offers seating for around 300 people under a white tarpaulin.

A red carpet has been rolled out in the middle of the tent.

Patched Rebels members and family, including Nick Martin’s stepdaughter Stacey Schoppe, have begun to arrive at the funeral home ahead of the procession to Pinnaroo Memorial Park this morning.