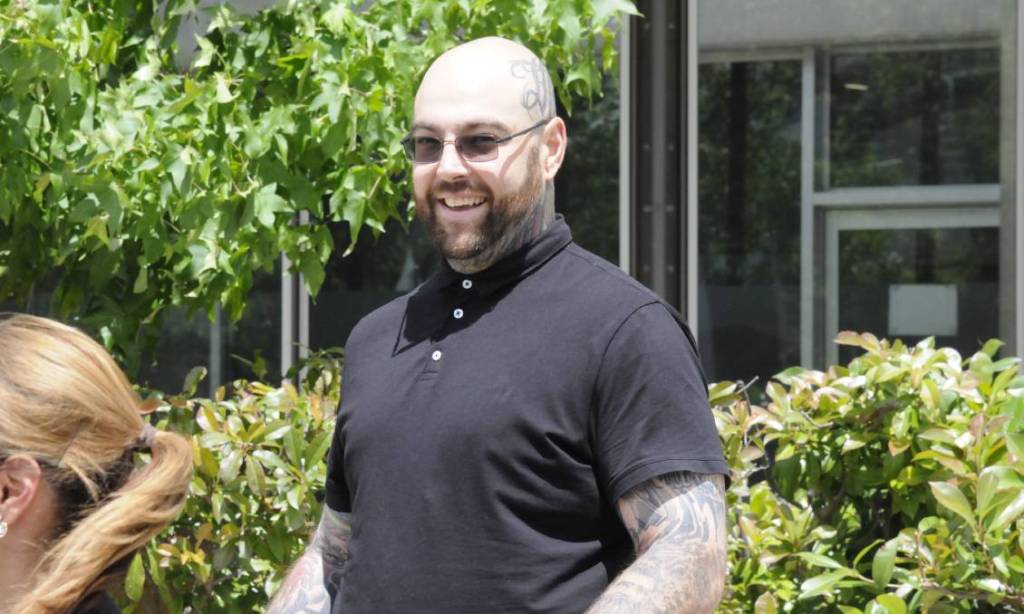 An alleged bikie boss has been released on bail for the second time in two days, this time over allegations he blackmailed another bikie’s former girlfriend.

Canberra man Michael Clark, 35, walked out of the South Coast Correctional Centre in Nowra on Monday after four months behind bars on remand. The man police say is the Nomads national president is fighting a number of serious charges in NSW, many details of which cannot be published for legal reasons.

Mr Clark’s release from jail across the border followed a successful application in the NSW Court of Criminal Appeal, which imposed bail conditions including a $200,000 surety for compliance.

Aware that police in the ACT had obtained a warrant for his arrest, the Kingston resident immediately handed himself when he returned to the territory early on Tuesday morning.

When he was hauled before the ACT Magistrates Court later in the day, Mr Clark was formally charged with blackmailing a woman between May and August.

He was also accused of receiving stolen property belonging to the same woman, whose former boyfriend has been a member of both the Nomads and Comancheros.

Two further charges allege that Mr Clark had a prohibited handgun and possessed a knife in public without a reasonable excuse in August.

He immediately pleaded not guilty to all four charges and applied for bail, which prosecutor Keegan Lee opposed on several grounds.

Mr Lee said Mr Clark had long demonstrated “a total disregard for the law” and would likely intimidate witnesses and interfere with evidence if released.

The court heard that the 35-year-old insisted he had quit the Nomads national leadership, but police disputed those claims.

Mr Lee argued that whether Mr Clark was still in charge or not, a growing number of allegations suggested the man was able “to direct others to do his criminal bidding”.

He said there was “at least a suspicion” that Mr Clark had ordered others to steal from the alleged blackmail victim.

Mr Clark had previously labelled this woman a “f—ing dog”, Mr Lee said, and there was a risk he now would have others threaten and intimidate her on his behalf.

But defence barrister Kieran Ginges pushed for very similar bail conditions to those imposed in NSW, saying there would be “no realistic possibility” of Mr Clark endangering anyone’s safety under the “extremely onerous” terms.

He said the conditions imposed by the NSW court required Mr Clark to live “effectively under a form of house arrest”, save for “very limited purposes”.

Mr Ginges told the court Mr Clark was also only allowed to have one mobile phone, which was not a smartphone and which police had the access codes for.

The barrister sought to cast doubt on the strength of the prosecution case, particularly in relation to the blackmail charge, expressing doubt as to whether Mr Clark’s alleged actions were anything more than “some unsavoury conduct”.

Magistrate Robert Cook described the allegations against Mr Clark as painting a picture of a man who could exert “control and influence” over others to get what he wanted through “threats and fear”.

He said he would ordinarily have refused bail, but he was swayed to grant it by the fact that NSW’s highest court had crafted conditions it thought could ameliorate any risks posed by Mr Clark.

The magistrate said the court had done so after being informed of the charges to be laid in Canberra.

Make sure you’ve subscribed to our Facebook page and our Twitter to stay informed. Also subscribe to our YouTube page for daily news videos and weekly MC protocol videos, and our Instagram page for the hottest biker babes, and MC videos posted daily.