An ex-bikie who once said he wanted his club to be the ‘most notorious bikie club in Australia’ will be able to live more freely in the community after he was spared jail when he said he’d left his life of crime behind him.

Charlie Barakat, 40, pleaded guilty to knowingly or recklessly directing a criminal group in October this year.

Police had uncovered incriminating texts on his phone that confirmed his senior rank in the Castle Hill chapter of the Finks Motorcycle club, in Sydney‘s north-west.

While pleading guilty in October, Barakat told Magistrate Glenn Bartley he had moved on from the Finks and was no longer involved with the club.

He was spared jail but was put on an intensive correction order and ordered to complete 300 hours of community service.

The only more serious penalty given to someone than an intensive corrections order is imprisonment.

Barakat’s legal team successfully argued the order was too harsh given he had left the bikie life behind and his risk of re-offending was low.

Last week Barakat’s sentence was reduced to a community corrections order where he will have to complete 100 hours of community service, the Daily Telegraph reported.

Some of the material uncovered on the 40-year-old’s phone showed Finks associates discussing drug deals and acts of violence under the orders of Barakat.

Messages showed Barakat discussing the logistics of carrying out methamphetamine and cannabis deals, according to agreed facts tendered to court.

Police also uncovered a video that had been sent to Barakat that shows a scuffle between Finks members with one accusing two others of stealing from the club.

‘People need to no (sic) we aren’t the most notorious bikie club in Australia for nothing,’ Barakat said. 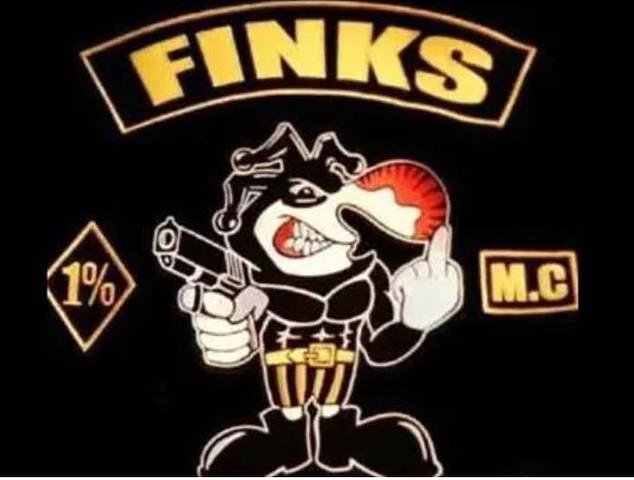 Barakat had once said he wanted the Finks Motorcycle club to be the ‘most notorious bikie club’ in Australia.