Tensions between rival biker gangs are on the rise in Nova Scotia as motorcycle clubs affiliated with the Hells Angels try to fend off their competition, according to an Royal Canadian Mounted Police (RCMP) expert who has watched the developments closely in the province.

A number of times in the last year supporters of the Hells Angels have butted heads with an opposing gang called the Black Pistons, which surfaced a few years ago in Nova Scotia, said Staff Sgt. Guylaine Cottreau.

Earlier this year, things got tense between the two groups at a motorcycle show at Halifax’s Exhibition Park. Hells Angels supporters and members of the Black Pistons had heated words when they came across each other.

It was much the same thing at last year’s Wharf Rat Rally, an annual Labour Day weekend convention in Digby, N.S., that draws upwards of 20,000 motorcycle lovers.

“An exchange of the words on the main street and basically it’s a fight over territory, but we were present at the time, so the police [were] there and it was controlled and whatnot. But there was certainly, like, some posturing,” said Cottreau, who works for Criminal Intelligence Service Nova Scotia, an agency that draws on police forces across the province.

“The Outlaws are rivals to the HAs [Hells Angels] and there could be some friction between the two if they’re in the same location,” said Cottreau. “We haven’t seen anything like this; it’s been seen across the country where it’s been a little more violent.”

As far as the police know, none of the biker groups in Nova Scotia have recently come to blows.

The province’s other major biker gang, the Bacchus, seem to get along with Angels’ supporters, said Cottreau, and are often seen at events and parties together.

Back in 1999, police shut down the only Hells Angels chapter in Nova Scotia.

Currently, there are eight or nine motorcycle clubs across Nova Scotia affiliated with the Hells Angels. Police call them support clubs that funnel money to the Angels.

Support groups sell T-shirts, hats, stickers and other merchandise that bear Angels logos. That merchandise usually features the number 81, which stands for HA, as H is the eighth letter of the alphabet and A is the first. 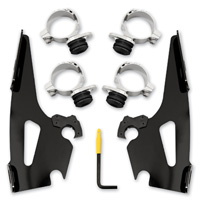 “We’re trying to discourage this because if you’re purchasing anything [that] support the 81s, support HA, you’re supporting their illegal activities, that’s where the funds are going,” said Cottreau. “All the money is going to organized crime.”

Cottreau said most motorcycle clubs and riding clubs in Nova Scotia are above board, and it’s just the clubs associated with biker gangs that cause problems.

“Ninety-nine per cent of bikers, or people that belong to riding clubs or motorcycle clubs, are law-abiding citizens, when the one per cent one is the one that would be involved in criminality.”

There are about 150 bikers in Nova Scotia that have been identified as members of an outlaw motorcycle gang or support one.

Biker gangs want to set up in Nova Scotia to both expand their territory and take advantage of the province’s ports and ample coastline.

“For importation of contraband,” said Cottreau. “The ability to import through small vessels or whatnot.”

Most biker gangs are involved with a range of illegal activities including drug trafficking, smuggling, fraud, extortion and human trafficking. In Nova Scotia, bikers are heavily involved in drug trafficking, but they will try their hand at anything illegal if they think it will bring in money, said Cottreau.

Police have had success in shutting down some support clubs in the province.

“We’re looking at different, different avenues. It doesn’t have to be Criminal Code investigations, it can be other provincial acts that we can enforce on these guys,” said Cottreau.

There’s even been some success in keeping Hells Angels supporters away from motorcycle events like Digby’s Wharf Rat Rally, events where the Angels promote themselves and sell their gear.

This year, the Town of Pictou would not give Angels support clubs a permit to sell merchandise so bikers aligned with the Angels boycotted the rally.

A couple of years ago, police shut down the Gate Keepers, a support club for the Hells Angels in Nova Scotia, but it didn’t take long for another support club to replace them. Now the Red Devils have set up in the province and represent the Angels’ interests.

Cottreau said the public needs to realize that biker gangs are a form of organized crime and that they shouldn’t support them, either by buying their goods or putting money into events organized by gangs and their supporters. People should also report anything suspicious they see regarding biker gangs.

Road Captain: How to Safely Change Lanes With the Pack

“We don’t want the Hells Angels back in the province, so our goal is to go after the support clubs, anybody that supports [them] if they’re involved in criminality,” said Cottreau.