The Virginia Senate approved legislation Wednesday that would allow authorities to take guns away from people deemed dangerous to themselves or others, as the state moves closer to joining a growing number of states enacting so-called “red flag” gun laws.

Democrats said the bill could help prevent mass shootings and said similar laws have worked well in 17 other states. They also said the bill had been carefully crafted to preserve due process and protect individual rights.

The bill now moves to the House. It is one of several gun-control measures the new Democratic majority at the General Assembly is set to pass this year.

Attempts to pass red flag laws in past years had all been killed in Republican-controlled committees before ever advancing to full-floor votes.

Here is the full summary of Senate Bill 240, according to the General Assembly’s legislature website:

The day after a massive gathering of gun-rights activists at the Virginia Capitol, the state Senate on Tuesday advanced legislation that would allow authorities to take guns away from people deemed dangerous to themselves or others.

The bill had been passed by in previous Senate sessions, including the day when the Senate passed three other gun bills, including universal background checks, a ‘one handgun a month’ law, and granting local governments the authority to ban weapons during permitted events in public spaces.

But on Tuesday, it went through several fights, with amendments proposed by Republicans ruled out of order and readings of substitutes waived.

Republicans blasted the bill as an assault on gun rights and civil liberties. Democrats said the bill was a thoughtful measure that would preserve due process while also protecting people against potential gun violence.

The measure is set for a final vote in the Senate, likely Wednesday, before going to the House.

The bill is one of several gun-control measures the new Democratic majority at the General Assembly is set to pass this year. 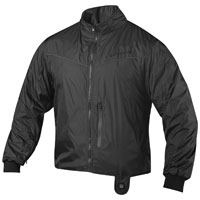 Also on Tuesday, the Democratic-led House killed several pro-gun measures in a subcommittee meeting. Those GOP-backed measures included a bill to allow people to carry concealed handguns without a permit and to repeal a limit on carrying weapons in churches and other places of worship.

Tuesday’s legislative action came a day after tens of thousands of gun-rights activists from around the country rallied peacefully at the state Capitol to protest plans by the state’s Democratic leadership for gun control legislation. The proposed red flag law was one of the bills mentioned by speakers at the Lobby Day rally.

The pushback against proposed new gun restrictions began immediately after Democrats won majorities in both the state Senate and House of Delegates in November. Much of the opposition has focused on a proposed assault weapons ban, which was killed in the Senate, but remains alive in a House committee where no hearings have yet been held on it.

The bills which have already passed in the Senate

First was SB 70, which would establish mandatory background checks for any transfer of firearms, including private sales. That bill, amid the priorities outlined in Gov. Northam’s agenda for the 2020 session, passed the Senate on 23-17 vote, with two Republicans joining Democrats to support it.

It exempts transfers between immediate family members and by estate administrators, as well as transfers during lawful activities at shooting ranges or similar spaces designed for target practice. It also exempts temporary transfers that occur while the owner is present or are necessary to prevent death or bodily harm. Additionally, it allows transfers of antique firearms, transfers that are part of a buy-back or give-back program and those that occur by operation of law.

Senate Bill 69 would institute a “one gun a month” law for Virginia limiting citizens to one handgun purchase within any 30-day period.

It exempts those with valid Virginia concealed handgun permits and those replacing a lost or stolen handgun, as well as law enforcement agencies, state and local correctional facilities, private security companies and those with special circumstances with a background check from Virginia State Police. It also exempts purchases made during a private sale for a personal collection of rare or historical items.

Virginia used to have a version of the same law, so it would essentially restore the commonwealth’s previous rule. It passed on 21-19 vote along party lines.

Senate Bill 35 gives local governments the authority to ban the possession of firearms in public spaces during events which require a permit, like protests. It passed on a 21-19 party line vote as well.

Other bills and the future

To become law, each of these bills will also need pass the House of Delegates, then have any differences from the different chambers resolved and voted on, and then be signed into law by Gov. Ralph Northam, who has pledged to pass new gun laws since the Virginia Beach mass shooting last year.

During the hearing earlier this week, Sen. Amanda Chase, R-Chesterfield said she was concerned about SB 35. She said the measure will create gun-free zones and disarm law-abiding citizens.

“The good guys won’t have the guns,” Chase said. “They won’t be able to protect themselves, and we’re basically creating a disastrous situation in which criminals will not follow the law, and it will only hurt and create victims.”

She referenced a 2017 Las Vegas mass shooting, which left 59 people dead, including the gunman, saying it occurred in a gun-free zone.

Sen. Dick Saslaw, D-Springfield, spoke in favor of SB 35. He said the measure does not infringe upon law-abiding citizens because they are still able to purchase multiple handguns a year.

“Twelve handguns a year is more than enough, for most citizens,” Saslaw said. “If you need more than that, go to Texas. They don’t have any laws.

As far as gun laws up for debate in the House of Delegates, like HB 961, which shares a lot of similarities to the now-dead SB 16 ‘assault weapon’ ban, none have yet advanced to the full House floor. HB 961 remains in the Committee on Public Safety, which has not discussed it yet.

On Monday, around 22,000 people gathered in and around Capitol Square in downtown Richmond for a massive rally on Lobby Day to protest plans by Democrats to pass gun control legislation.

Overall, the mood throughout the day was largely festive. Attendees spilled into the streets, chanting “USA” and waving signs denouncing Democratic Gov. Ralph Northam. Chants broke out on occasion calling for Northam to leave office, and crowds frequently began reciting the Pledge of Allegiance or singing the National Anthem.

After a state of emergency issued by Gov. Northam the week before due to “credible threats of violence,” the rally remained peaceful. One arrest was made for a woman who was wearing a bandanna covering her face after getting two previous warnings by police, but no violence was reported.

The protesters, hailing from Virginia but also taking buses from around the country, came out in strong numbers despite frigid temperatures to send a message to legislators, they said. Many wore camouflage; Some waved flags with messages of support for President Donald Trump.

Monday’s rally was organized by an influential grassroots gun-rights group, the Virginia Citizens Defense League. The group holds a yearly rally at the Capitol, typically a low-key event with a few hundred gun enthusiasts listening to speeches from a handful of ambitious Republican lawmakers. But this year, many more were expected. Second Amendment groups have identified the state as a rallying point for the fight against what they see as a national erosion of gun rights.

The pushback against proposed new gun restrictions began immediately after Democrats won majorities in both the state Senate and House of Delegates in November.

In the months since Democrats took control of Virginia’s government for the first time in over two decades, over 100 localities across Virginia have passed resolutions declaring themselves “Second Amendment Sanctuaries,” stating that they’re opposed to any bills which would restrict Second Amendment rights.

“The pieces of legislation that we’re offering is to keep guns out of prohibitive hands,” said Gov. Northam. “It’s very simple. They’re constitutional and they support the Second Amendment.”

Special hearings on the topic of becoming Second Amendment Sanctuaries have drawn thousands of peoples in localities across the commonwealth, including a href=”https://www.whsv.com/content/news/Hearing-set-to-begin-as-Augusta-County-considers-becoming-a-2nd-Amendment-sanctuary-565802181.html&#8221; target=”_blank”>Augusta County, Rockingham County, Page County, and Shenandoah County.

The city of Harrisonburg held a discussion on a Second Amendment Sanctuary resolution, with no public comments permitted, and ultimately made no decision. The city of Waynesboro held a special hearing, packed with several hundred people, but ultimately took no action after discussing becoming a “constitutional city” instead of a “Second Amendment sanctuary.” The city of Staunton hosted public comments about a similar resolution, though the topic wasn’t on their agenda, and made no decision.

To counter possible gun control laws, the concept of becoming a ‘Second Amendment sanctuary’ means that a county expresses its intent that its public funds not be used to restrict Second Amendment rights.