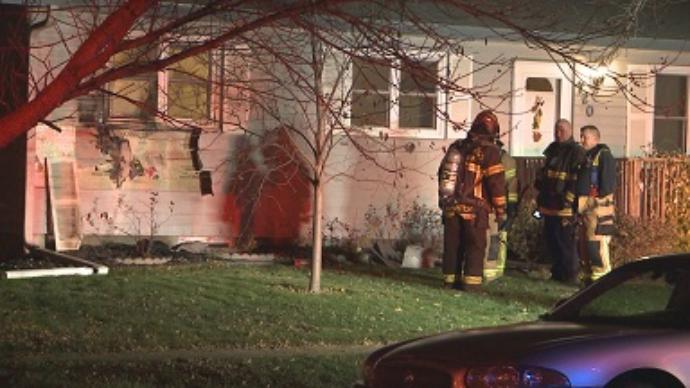 WEST FARGO, N.D. (Valley News Live)– Several sources within law enforcement say the fire that was intentionally set at a home Thursday night in West Fargo is tied to rival motorcycle gangs here in the Valley.

The homeowner was able to put out the flames with a garden hose before fire crews arrived.

Investigators spent more than an hour checking for clues.

Multiple law enforcement sources say the fire is the result of a feud between two biker gangs, Sons of Silence and Hells Angels.

A federal law enforcement source says the fire was started by a member of the Sons of Silence.

Investigators say a Molotov cocktail is what caused the fire. They add it was the clue that first led them to believe the fire was biker gang related.

Law enforcement says the biggest concern at this time is that there will be retaliation.

They say they are looking into known gang members and trying to figure out what started all of this.

They are looking for a man in all black or vehicles in the area around the time of the fire, which was at 7:42 p.m.