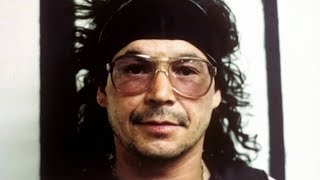 Midwest biker baron and legend Harold ‘Harry’ Joseph ‘Taco’ Bowman died in prison, of cancer, over the weekend at 69 years of age. The legendary Outlaws Motorcycle Club President ran his MC empire from Detroit and brought the Outlaws to prominence Internationally, presenting a formidable challenger to Hells Angels founder Ralph (Sonny) Barger as America’s most powerful biker boss at the apex of his reign in the 1990s.

Called ‘Taco 1%er’ for his dark complexion and resemblance to someone of Hispanic heritage, Bowman, was simultaneously feared, beloved and respected. He was born in the tiny town of Marysville Michigan, population 9,700 and across the border from Ontario on the St.Clair River. Taco became the International Boss in 1984, a position he would hold for over 13 years. He was a leading figure of the first Outlaws MC chapter outside the US, in Canada, in 1977 as he learned and apprenticed under his mentor Stairway Harry. He would move up the ranks to become a regional president, National Vice President and ultimately International President of the American Outlaws Association, where he served from 1984 until 1997. After being elected International  Boss Bowman moved the National Headquarters from the traditional sacred grounds of Chicago, where the mighty MC was established, to his home Chapter of Detroit Michigan where he would expand the club to over 200 chapters worldwide; including the first chapters in France in 1993, then in Norway in 1995, next Australia, and later, he accomplished one of the largest expansions of any MC by bringing the English Outlaws into the AOA brotherhood.

Fearless in the face of adversity Taco 1%er never paled or waivered when it came to exerting the dominance of the Outlaws MC Nation on the biker set. As a result he spearheaded the campaign to take over all of Florida and establish it as Outlaws’ territory.

A leader of many complexities, he would often shed his long hair, beard and Outlaws “rocker” for business three-piece suits to build valuable relationships in the white-collar world. Living in a mansion in posh Grosse Pointe Park, Michigan, he was often chauffeured around town in a custom-designed Rolls Royce and sent his children to an exclusive private school.

His presidency coincided with the spectacularly violent and often romanticized period in the history of outlaw motorcycle clubs of the 1980s and 1990s. It also coincided with the commodification of that outlaw image by Harley-Davidson and other corporations seeking to garner profits off of the backs of the 1%er MC’s reputations.

Bowman was eventually accused of being responsible for a long list of crimes and tragedies of which he was eventually found guilty, including: the 1990 beating of an Outlaw named Alan “Greaser” Wolfe; the 1991 murder of Warlocks Motorcycle Club Edgewater, Florida chapter president Raymond “Bear” Chaffin; the 1992 beating of former Outlaws probate Irwin “Hitler” Nissen; the 1993 kidnapping of club member Kevin “Turbo” Talley; a “declaration of war” on the Hells Angels Motorcycle Club on New Year’s Eve 1993; a succession of violent encounters in the upper Midwest between Outlaws and members of the Invaders, Hells Henchmen and Hells Angels clubs in 1994; the firebombing of a Warlocks clubhouse in October 1994; the violent dismantling of the Fifth Chapter Motorcycle Club; the murder of an Outlaw named Donald Fogg; a plot to murder Hells Angels Ralph Sony Barger (who also greenlighted a hit on him) and George Christie; and numerous gun and drug offenses.

Upon being indicted in 1997, Bowman went on the run. With the help of the Detroit and Chicago mobs, he avoided arrest for two years, making it on to the FBI’s Ten Most Wanted List. He was eventually apprehended by a force of 40 FBI agents in Sterling Heights, a suburb outside Detroit in June 1999.

More: What is the difference between a rider and a biker.
More: Mongols MC gets to keep their patches.

Bowman’s downfall resulted from the flipping of his main enforcer Wayne (Joe Black) Hicks, who Bowman assigned the task of overseeing Outlaws activity in Florida and getting other biker clubs in the region in line. Hicks came up through the club’s ranks in the Toledo, Ohio chapter and began cooperating following his 1996 arrest.

Bowman went on trial in Tampa in 2001 and was sentenced to serve two life sentences plus 83 years. A year later he appealed his conviction on the grounds that the court had improperly represented the AOA’s constitution and the sufficiency of the evidence against him. The Eleventh Circuit denied the appeal.

Harold “Harry” Joseph “Taco” Bowman died in bed after a long illness at the Federal Medical Center, Butner near Durham North Carolina. He was 69-years-old. His death was announced Sunday, March 3.

The American Outlaws Association has lost a legendary figure known for his leadership by example and dedication to the true tenants of brotherhood. You can like him, hate him, love him or despise him his but nothing can detract from his impact on his brotherhood and where his MC stood after his reign of leadership. There’ll be none other like him. Taco Bowman 1%er, Rest in Peace.