Members of the feared outlaw motorcycle gang Hells Angels are terrorising family members of prisoners caged in some of Australia’s toughest prisons.

Daily Mail Australia has been told Hells Angels operating throughout Victoria are demanding as much as $190 a week from terrified loved-ones of men being held behind bars with incarcerated members of the gang.

‘Those approached are under no illusion as to what the consequences of not paying might be,’ a source said.

With inmates only able to access small amounts of money and privileges on the inside, the move by the bikie gang is seen as a low effort even as far as outlaw bikie gangs are concerned.

It is understood those that have been approached by the bikies have been reluctant to contact authorities due to obvious fears of reprisals against those trapped with their buddies behind bars.

Both members of Victoria Police’s Echo Taskforce – which deals exclusively with Middle-Eastern crime gangs and outlaw motorcycle clubs – and Corrections Victoria  told Daily Mail Australia they were unaware of the alleged protection racket.

But well-placed sources have assured Daily Mail Australia the issue is ‘well and truly alive’.

It remains unclear exactly which prisons are holding the bikie associates and their targets.

The likely candidates are Port Phillip and Barwon prisons, which hold some of the countries most dangerous criminals, including a who’s who of beefed-up and bored bikies.

There are no shortage of Hells Angels trapped behind bars capable of carrying out the protection racket.

Perhaps the most infamous being Christopher Wayne Hudson, who was jailed in 2009 for life with a minimum of 35 years.

The revelations come during a period of quiet for the notorious outlaw motorcycle club. 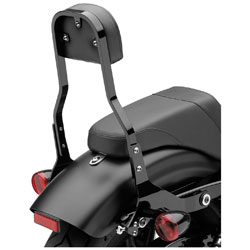 Unlike some of the nation’s other ‘one percenter’ bikie gangs, such as The Finks, Mongols, Comancheros and Bandidos, the Hells Angels have enjoyed an extended period out of the headlines while their competitors create carnage. 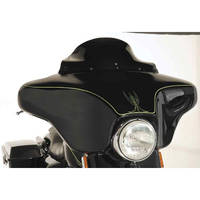 Notorious Fink Brent Reker recently became news when he died in the Ravenhall Correctional Centre where he was on remand after being charged in connection with a violent home invasion.

On Tuesday, Bandidos chapter president Shane De Britt was executed inside his homestead on a property at Eurimbla, 70 kilometres north-west of Orange in NSW.

A day later in Melbourne, a 29-year-old Clyde North man was arrested during police raids targeting the Finks.

A week earlier, Nabil Maghnie – who was a known associate of the Comancheros in Melbourne, died in a hail of bullets.

Last August, Mongols MC member Rocco Curra was gunned down after being lured to a meeting in Bulleen, in Melbourne’s north east.

The attack was captured on CCTV from a home which showed two gunmen fire seven shots into his vehicle.

Amid talk of a war between the Finks and Hells Angels in Adelaide, members in Melbourne have flown under the radar for about six years.

But their lust for violence will not be forgotten by many Melburnians.

In 2007, Hells Angel Christopher Wayne Hudson shocked the city when he opened fire on two men and a woman during peak morning traffic in the CBD.

After assaulting his girlfriend Kara Douglas, he blasted Brendan Keilar and Paul de Waard when they attempted to assist her.

Hudson went on the run for two days before turning himself in.

In 2009, a teenage German tourist was repeatedly bashed with a baseball bat by a Hells Angel for claiming to be a member.

Faisal Aakbari was 18 when Glyn David Dickman repeatedly struck and seriously injured him at the outlaw motorcycle gang’s clubhouse ‘for having the temerity to say he was a member of the Hells Angels’.

More: Police in nova scotia are ways to prevent hells angels and their support clubs from making money says law enforcement
More: A court in the netherlands has banned the hells angels mc because of a culture of violence
More: Bail reduced for third man held in biker club melee hells angels vs pagans

He only stopped his brutal attack when he ran out of breath.

Dickman was later sentenced to eight years’ jail, with a non-parole period of five years and six months.

Peter ‘Skitzo’ Hewat was sergeant-at-arms of the Hells Angels’ East County chapter in Campbellfield in 2013 when he bashed a 64-year-old woman during a dispute over his dog.

He was arrested again later that year as part of a statewide raid targeting the Hells Angels in which thirteen people were arrested and weapons and drugs were seized.

Hewat was sentenced to 10 months in jail in January 2014 after he pleaded guilty to assault, weapons offences, handling stolen goods and operating a tow truck without the proper licence.

During the same period, the Bandidos declared war on the Hells Angels after an ambush on several Bandidos members outside the affiliated Diablos’ clubhouse in Melton.

More than 30 shots were fired in the attack and two men, including then Bandidos national sergeant-at-arms Toby Mitchell, were wounded.

This year marks a milestone for the notorious outlaw motorcycle club.

Near on 40 years ago to the day the club made its greatest criminal business decision on the streets of Melbourne.

Walton taught them how to manufacture amphetamines, which cleared the way for the drug’s introduction into Australia.   The club became notorious for its manufacture and distribution of the drug speed, which has plagued the country for decades since.